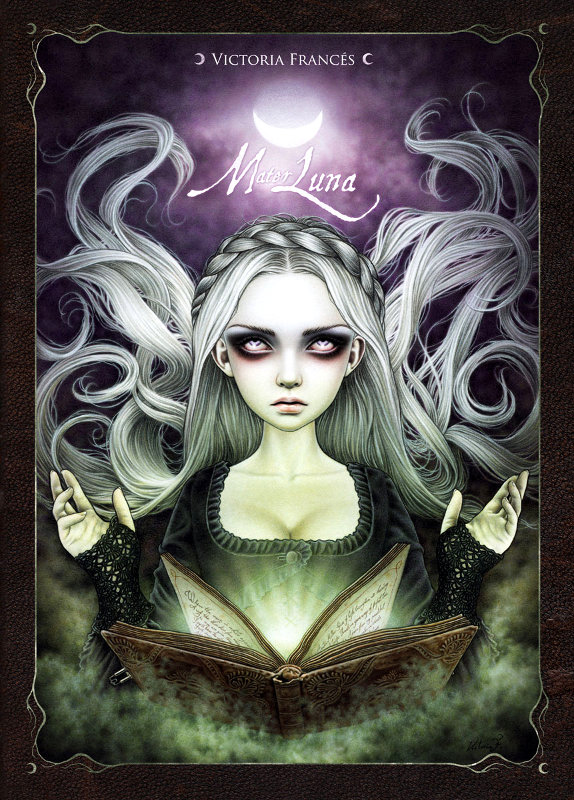 "The story begins with the birth of Lunnula, in whose birth her mother dies because everyone thinks she is a witch and no one attends. A mysterious woman curses Lunnula with the condemnation of not being able to have any child. After time, the most beautiful of the girls of Dimshire, is raised alone with her father, ignoring the curse and its roots that link it with Mother Moon. However, she falls in love and marries Giles who, seeing that his wife is unable to give him a child, repudiates her. Lunnula will then find a book with the wisdom of her ancestors and will perform a ritual that allows her to have children secretly, so that the new puritans do not accuse her of witchcraft. However, just as she carries the ritual to term, Lunnula is discovered and, although she attempts to flee the village, the puritans trap her and hang her in a tree, burying her body at the foot of it, along with a book that contained ancient wisdom. Despite this, the power of Mother Moon will make the strain of women linked to nature not be lost..."

"The author has used the figure of witches to claim the contempt and tyranny to which women have been subjected throughout history, being relegated only to be a perfect mother and wife, as if it were a mere object. The main protagonists of the story, Melissa, Lunnula and Sionna, are three witches persecuted by the Puritan society that has rejected and persecuted everything that represented the old naturalistic religion; The three protagonists try to take the reins of their lives to achieve what they want through the help of Mother Moon."